With the Roadmap MBA one of our USP's are the live weekly drop-in classroom sessions which you can use to walk through the course or ask questions about your own business or career. 😮 After finishing the latest cohort in June, we believe it's right to have a break and allow you to have a wonderful summer. ☀️🏝 (We're also using the break to improve our system and launch a new website - which we think you're going to love). The classroom sessions will be returning in August,

⚠️ With competitors putting their prices up this will prevent good people from benefiting from courses such as this which can help them improve their lives. ⚠️ You should never have to choose between buying food for your kids, putting fuel in your car or working on your education. 🙌🏻 With the Roadmap MBA we're working really hard to produce something which is comparable to the best courses out there, but with a COMPLETELY FREE OPTION so that nobody (anywhere in the world) i

Now that we have finished the course with our latest cohort of learners, we're going to take a quick break from the LIVE drop-in sessions which normally run 3pm Tuesday, 8pm Tuesday, 7am Thursday and 12pm Friday (UK times). 🎓 We're trying to bring the world something special, launching later in the year, so it will be worth the wait. You can still ask questions 24/7 to questions@RoadmapMBA.com or through joining any of the Friday livestreams with Steve Pugh, or Tuesday sessi

We believe that it shouldn't matter where you grow up or what your financial background is on deciding if you can access information to help you build a better life for yourself. A good business education will help almost everyone on the planet and we're building something which gives the complete roadmap for your business or career, as an alternative to a traditional MBA based on real world skills for people with passion not privilege. In 2021/2022 we proved the concept with

The more research we do, the more common it becomes that the number one driver for people progressing their career or launching their business is confidence. Confidence in their skills, confidence in the product or service, or confidence in the market. 😕 The irony is that the most knowledgeable and experienced people are also the ones who second guess themselves the most. It is the idiot who will charge blindly, simply not knowing what awaits him. ‼️ The main aim of the

😮 20th April 2022 is the final for the Think Global Forum Awards 2022 where the Roadmap MBA has been shortlisted in the Education & eLearning category. 🏆 After reaching over 1000 people in 28 countries within our first 12 months, our mission to make business education accessible for 5 billion people is stronger than ever. In the next twelve months you will see us go from strength to strength in supporting people around the world who don't feel they have access to business e 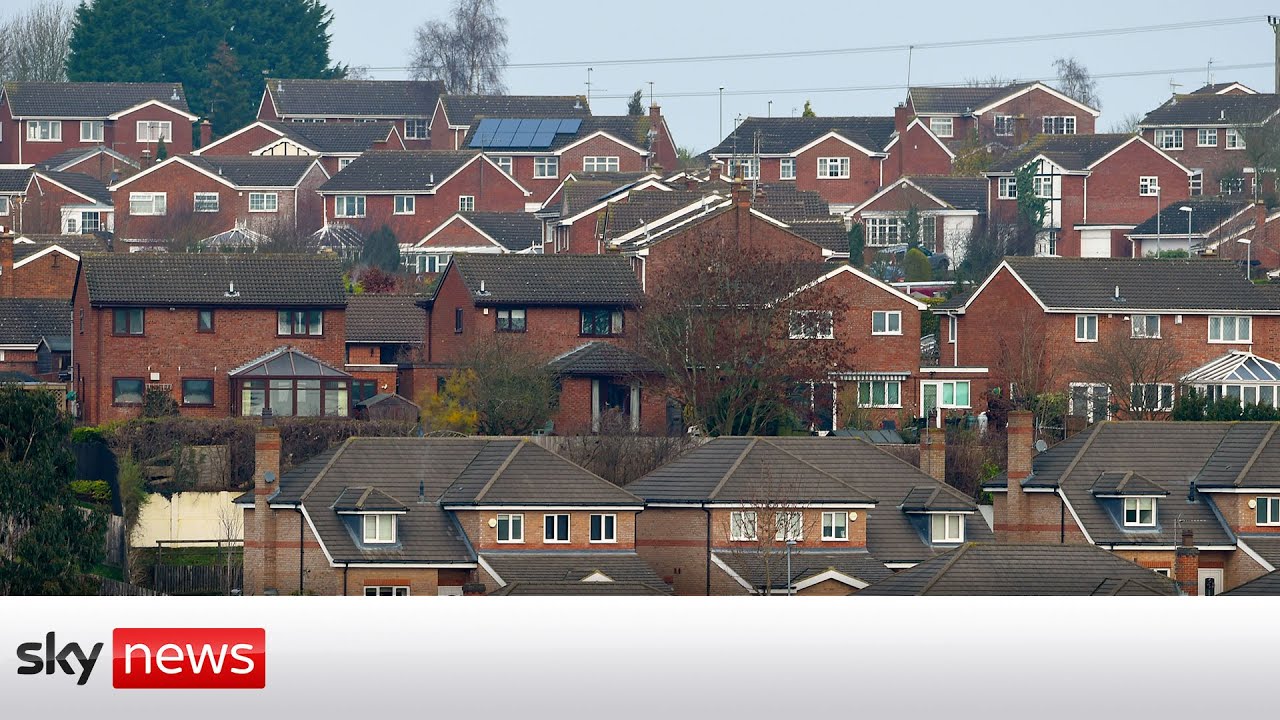 Across the world, not just the U.K., there are hundreds of millions of people being squeezed by the cost of living increase - affecting people from all backgrounds, caused by cost increases on everything from your fuel to food. 🚙🍽🏚 Things such as cost of living affect the lower and middle income families first. With the Roadmap MBA our mission is making business education accessible, and to achieve this mission we don’t want ANY barriers for anyone worldwide who wants to b

Today was a big day for the business. 🙌🏻 It was always the dream for the Roadmap MBA to have multiple presenters from different backgrounds, experiences and cultures. 🌎 Since launching in 2021 the Roadmap is now in 28 countries and over time you'll see a diverse group of people, including in different languages, all share their experience of business or careers. Today was the start and the collab with Ashleigh King 🎙️🎧 (MBA) is our first step on this journey, bringing a

On Friday 11th March, 9am (UK time), the Roadmap MBA is having its first ever guest presenter! It was always part of the bigger plan for the Roadmap to have multiple presenters from different backgrounds, experiences and cultures, so it's a real pleasure to take this next step on our journey. Who is Ashleigh? Ashleigh King is the podcast host and creator of the Nurture Your Zest podcast series, which hopes to share examples of overcoming adversity and how through courage, cre

Did you know 4.4 million people in the UK work in the gig economy? 🤯 That's the equivalent of the entire population from Birmingham, Leeds, Glasgow, Sheffield, Liverpool, Manchester, Reading and Edinburgh combined!! According to the TUC "The overwhelming majority of workers use platform work to supplement other forms of income, reflecting that gig workers are increasingly likely to patch together a living from multiple different sources. This can lead to exceptionally long w

Most of you will have seen me talk about the Roadmap MBA, but I want to explain more about my mission and why I’m devoting my life to it. 💛 Traditional business education from universities and business schools is Michelin Star. The best you can get and the quality is exceptional. ⭐️⭐️⭐️⭐️⭐️ But the best is also expensive!💰 Whilst some people can afford to spend £800 on a meal, for others that same £800 feeds a family of four for two months. It’s the second category I’m figh

Unfortunately the world we live in isn’t fair. 🌍 The country we’re born in, the communities we grow up around and our financial circumstances can all change. This is true for everyone. 🏛🏚 Education inequality is a major problem around the world, commonly associated with children, but this same issue impacts 90% of the global working age population. People with more resources can access the best schools, the best professional networks and get the best jobs. Regular people,

Next week on the podcast Steve has the pleasure of speaking to Joanne Lockwood ғʀsᴀ ғᴘsᴀ ᴍɪᴇᴅᴘ, as the first guest of 2022, speaking about all aspects of #diversity & #inclusion. 🙌🏻🌏🏳️‍⚧️ After seeing Joanne speak at the People Power 2021 conference in December we knew she’d be a superb guest with lots of thought provoking and interesting comments on some really important business issues. Join us LIVE across LinkedIn LIVE, Twitter, Facebook, YouTube and Twitch, Monday 3rd

Win one of 100 Roadmap MBA courses

⭐️⭐️⭐️ START 2022 WITH A BANG! Win one of 100 CPD Certified Roadmap MBA courses to help you start the new year with confidence. Worth £499 each. 📈 This is a giveaway worth almost £50,000!! 2020 and 2021 has been tough on a lot of people. 😷🦠 We want to help people who want to grow their business or career with our mission to make business education accessible. Traditional business education is out of reach for most people. The Roadmap alternative MBA is a CPD certified trai

When we went through the process of creating the new brand for the Roadmap, this was a process which took 3-6 months between May and September 2021 ... which went live in November 2021 with the launch of Version 2. This is a breakdown from the partner we used, Better.Agency, about the whole process: https://better.agency/work/roadmapmba/ Enjoy! #mba #business #entrepreneurship #personaldevelopment #coach #strategy #leadership #RoadmapMBA #sales #education #training 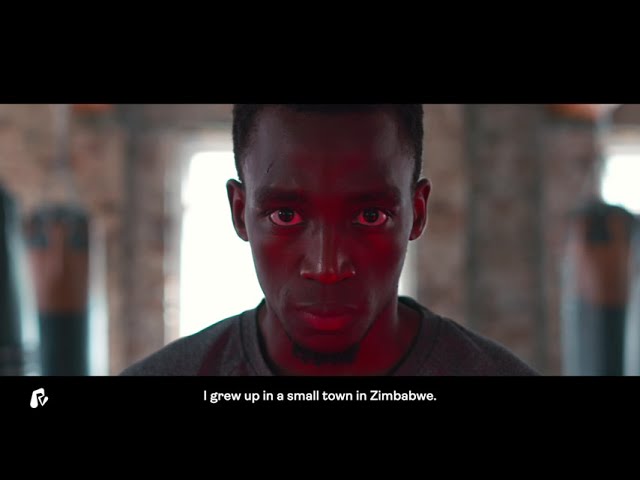 Every single one of us is trying to build a better life for our families. Whether we realise it or not, it is the resilience to follow our hearts and follow a dream is what makes life worth living. 🙌🏻 I don't believe this is shown better anywhere than in boxing. Every day we're all getting punched in the face, maybe by email or a passive aggressive colleague, but we're all in the ring. From the very first moment I met Joe Maphosa I knew he was a champion. Joe's work eth

Within our new brand you're going to see real people from around the world. 🙌🏻 Real people, like you, who are using knowledge and personal development to grow their businesses or careers. 💡📈 The Light Pathway is key part of our new identity. We passionately believe in the ability for new knowledge and skills to be able to open doors and opportunities, helping you achieve your goals. 🌎 Across the brand you're going to see the Light Pathway as a way for us to describe the

Over the past 9 months we have been working hard. Our mission is making business education accessible; providing the best possible support to people around the world who want to grow their business or careers (vs competitors at any price). 📈 Version 1, as our minimum viable product, took us to 23 different countries and our first 500+ users. 🌎 Version 2 is a HUGE step up! 🚀 Roadmap MBA Version 2 features a whole new brand, but also updated content based on the feedback and

The Roadmap MBA is a CPD certified training course which provides the real world skills to help grow a business, aimed at organisations of less than 250 people. The Roadmap drop-in sessions are there to work around you, walk you through the course and answer questions 🙏🏻 🙏🏻 🙏🏻 You can also turn up when you want, and leave when you want, no questions asked. You have a busy life to lead! 🏆🙌🏻📈 OVER THE NEXT FEW WEEKS, THESE SESSIONS WILL BE VERY CASUAL AS WE'RE PREPARI

Classroom Sessions are having a name change

With any business we always advise you to listen to your audience, learn and adapt. 🧐 With a mission of "making business education accessible" we had created a system which was getting rave reviews, but after some soul searching, the name was just wrong. 😩😩😩 The term “classroom” puts off a lot of people. They feel they can’t just turn up when they want, or they’ll be bored … or they just hated school and don’t want to be there. 🎓 Switching the name to “Drop-in Sessions”
1
2345